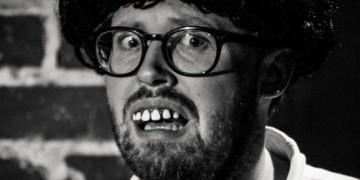 Winner of the 2014 Foster Comedy award at Edinburgh, having just won Best Newcomers the year before, John Kearns is on a fast track. It is easy to see why. Wearing a grotesque wig and false teeth, it fits with his stated discomfort as a performer, choosing to hide behind this façade. Not that the material is a character based work, in the contrary, it is a deeply personal show that Kearns confesses a lot of his unease. The comedy is clever and at times metaphysical about comedy itself. It questions the structure and construct of a joke. Though the jokes are never wildly funny, the show is thoughtful with a dark undercurrent of personal insecurity and makes this deservedly the winner of the comedy award.